Published by PULSE Racing on 31 January 2021

On november 8th, PULSE Racing won the golden medal at the Cybathlon 2020 Global edition. A total of 3 laps had to be cycled by the athlete Sander Koomen. The first lap wasn’t completed as fast as we’d hoped. After a small analysis of the data, we found out that the wahoo-kickr setting was not on the metric measurement system. In reality, the athlete had cycled a distance of 1.2 miles, which equates to 1931 meters, a much longer distance than the 1200 meters which was the official distance to complete. This explained the lap time and also the athlete’s fatigue. After resetting the measurement system and some rest for the athlete, the second round could begin. The speed at which the athlete started the lap was astonishingly high. Everybody was amazed to see that the second lap was driven at an average speed of 27 km / h, which gave a lap time of 2 minutes and 40 seconds. Despite the fact that there was one more lap to go in which the athlete could improve his time, everyone was already enthusiastic about the time he set in the second round. According to some quick calculations, this actually was a personal record. And there was still motivation to set an even faster time, so some adjustments were made according to the bike. The third lap started, and miraculously it was completed in exactly the same time as lap two. To conclude, 2 minutes and 40 seconds was our fastest time. A result that we were all very satisfied with, but at that time we could not make any statements about our final place.

We had to wait until November 13 and 14, the days that the live broadcast of the Cybathlon would take place. The waiting was rewarded with the first place! ImperialBerkel from England followed with a time of 2 minutes and 59 seconds. The third place was taken by team Cleveland from America, who took 3 minutes and 13 seconds to complete the 1200 meters. 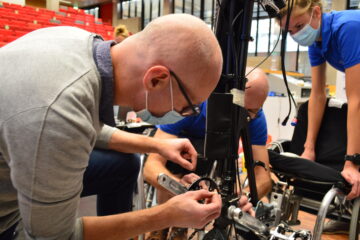 As a new team, we have set a number of goals for this year. One of the fanatical athletes of the earlier years, Sander Koomen, has decided that he wants to work on a new Read more… 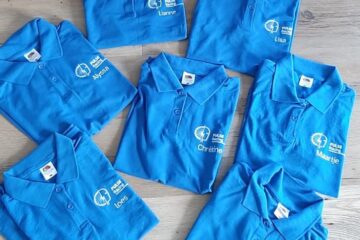 This new school year 2020/2021, new members have joined the PULSE Racing team. Because of the fact that a lot of students have left the team, almost the whole team contains new members, except one. Read more…